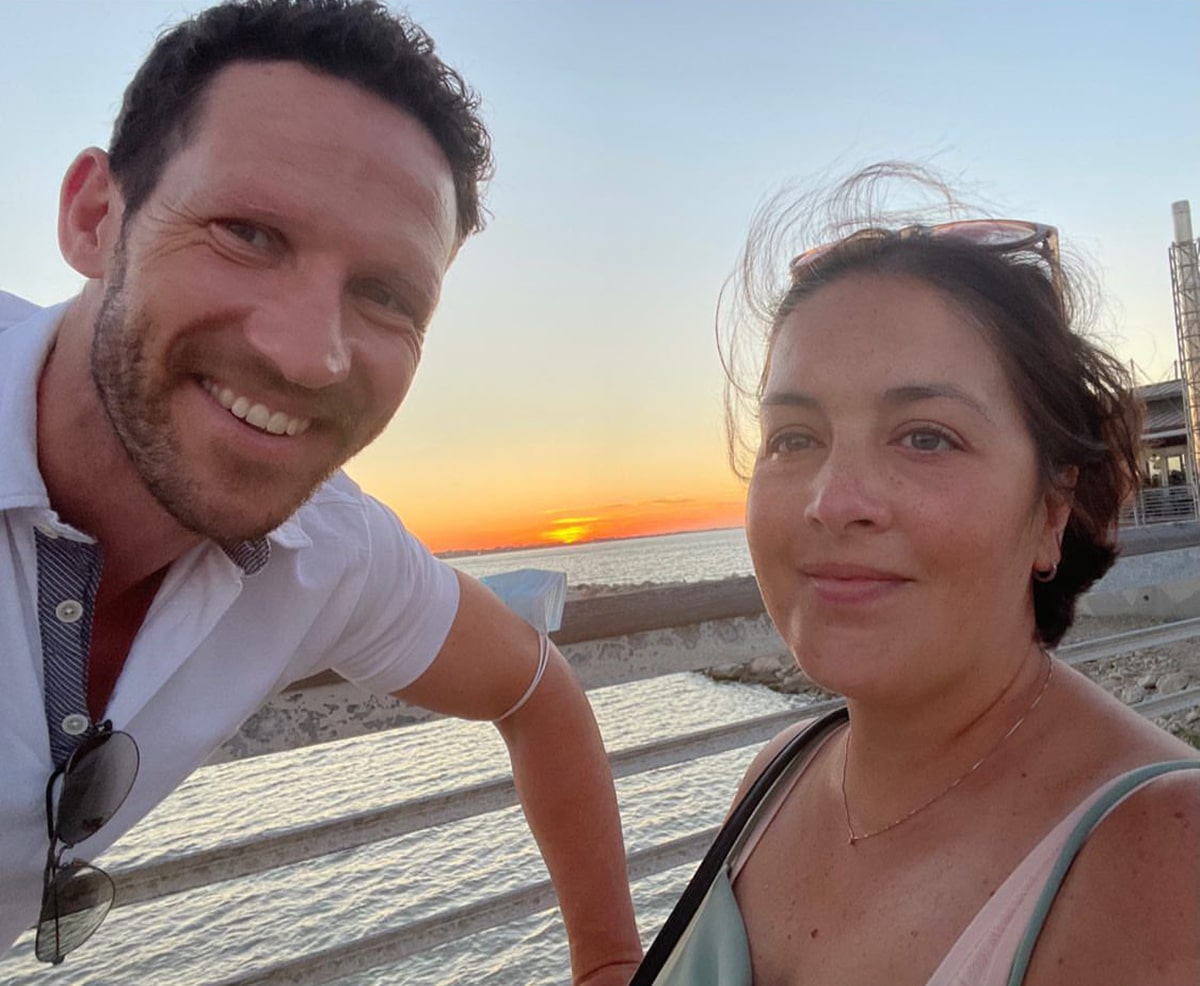 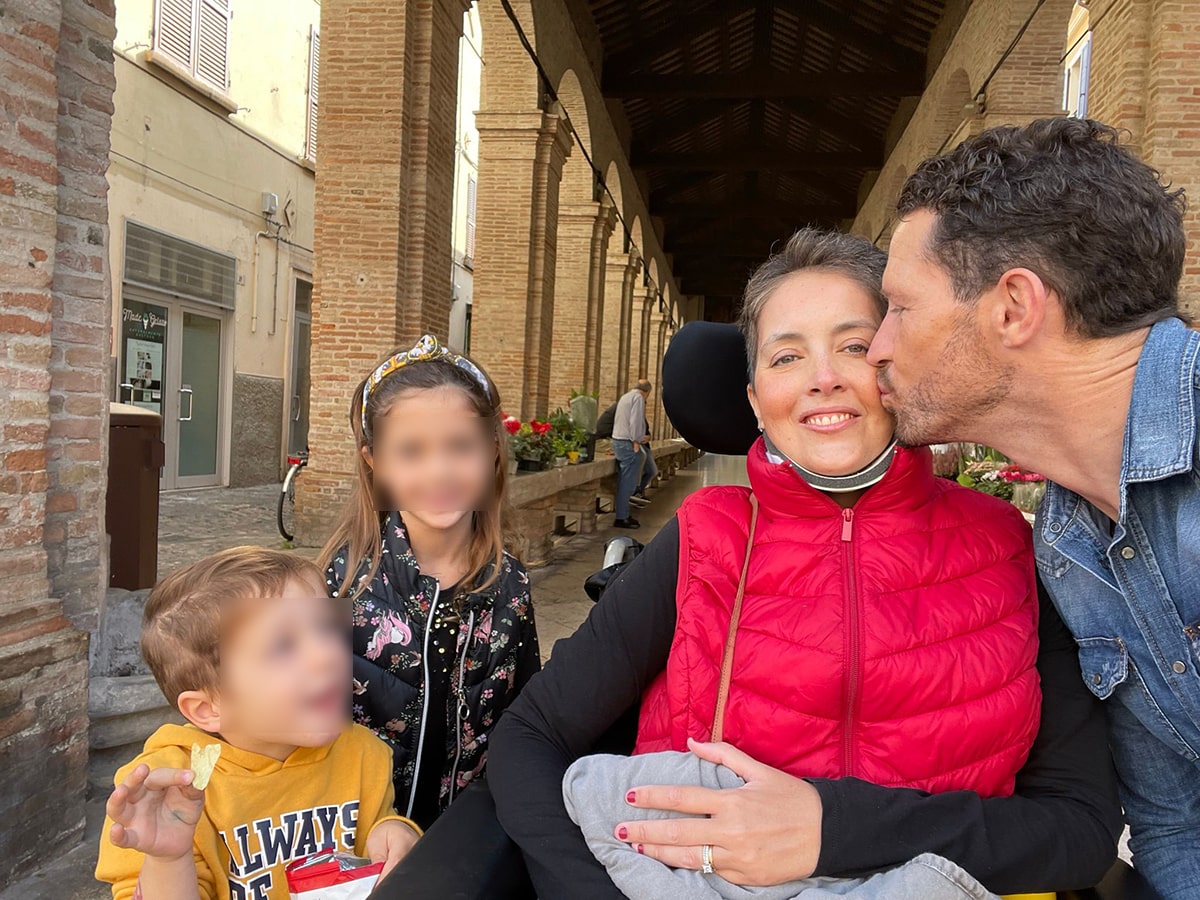 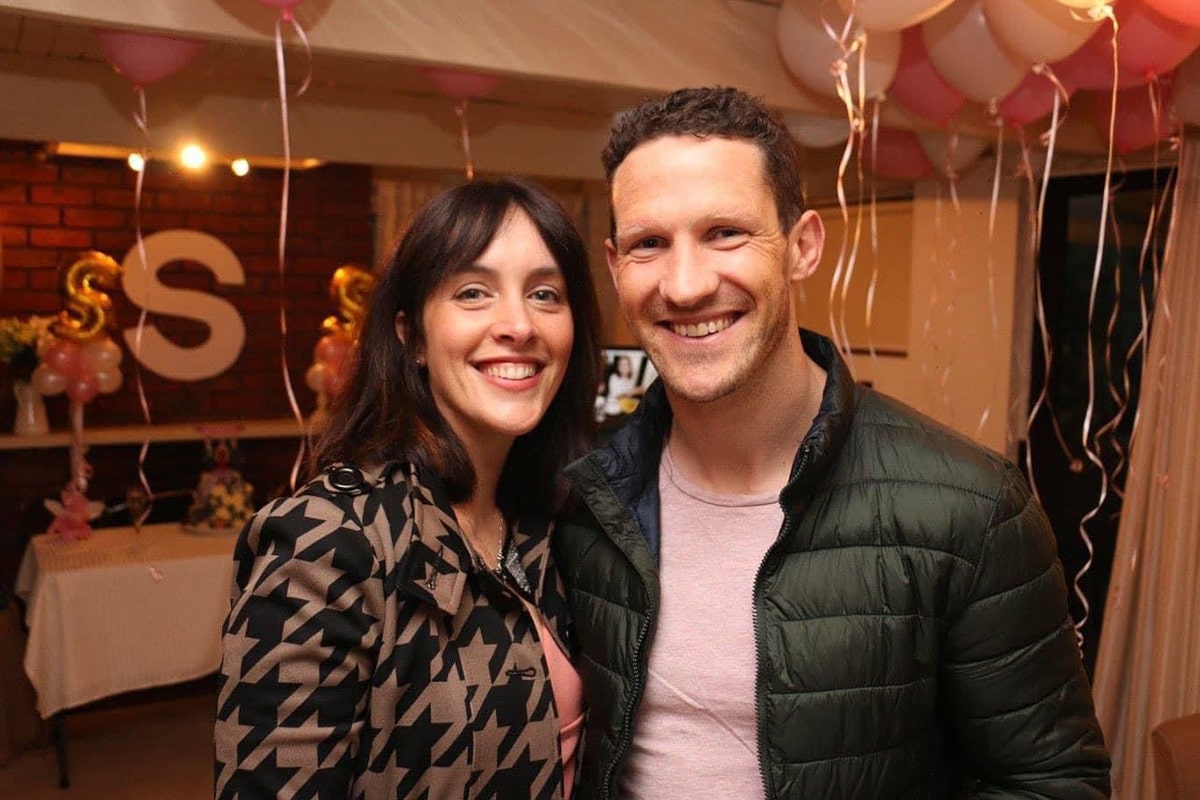 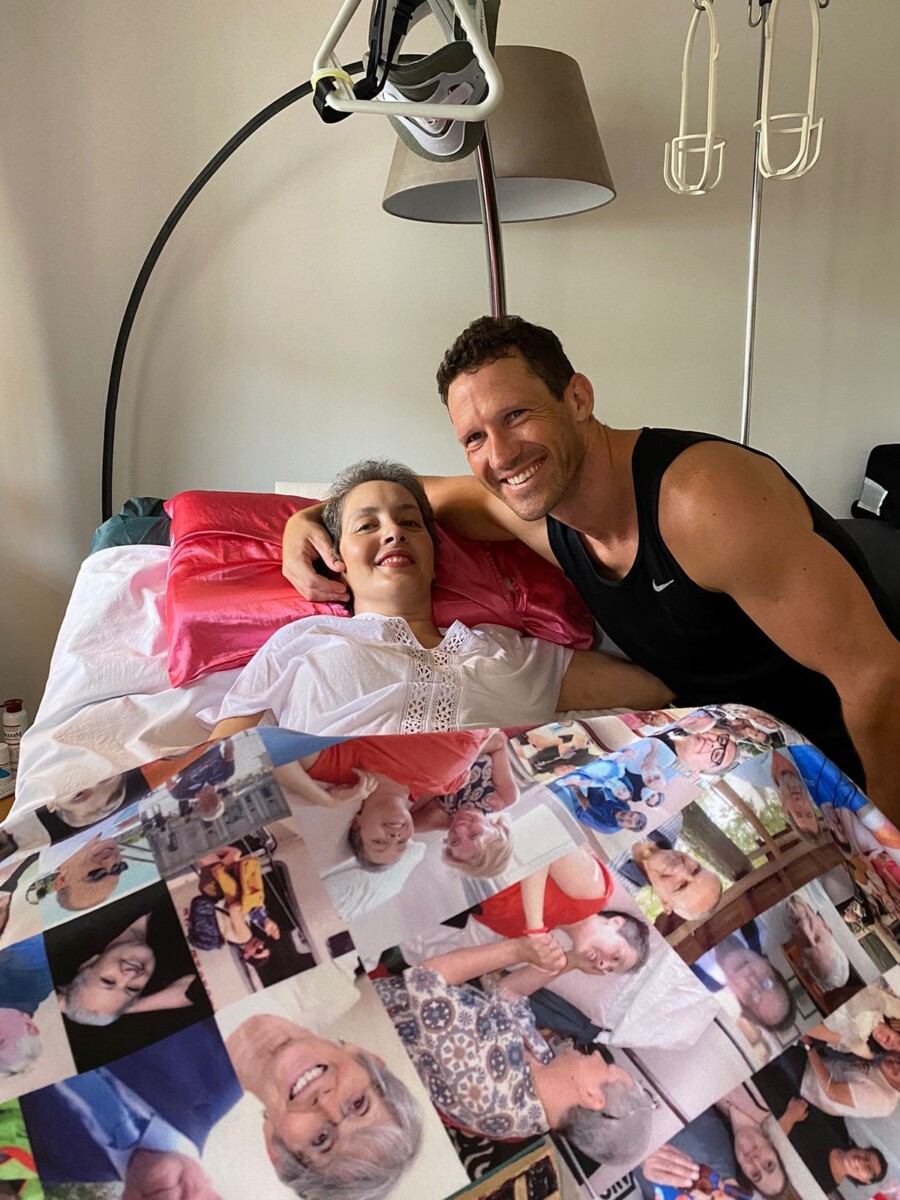 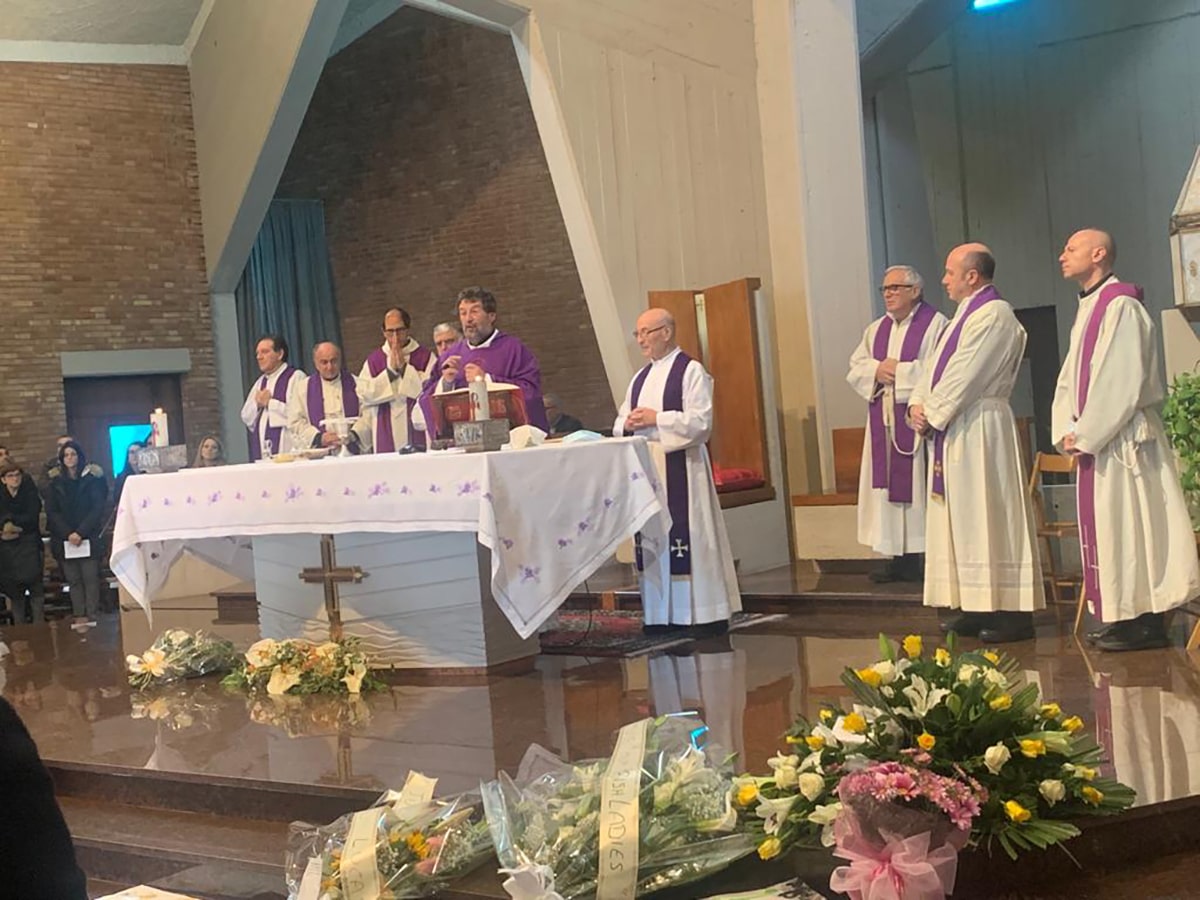 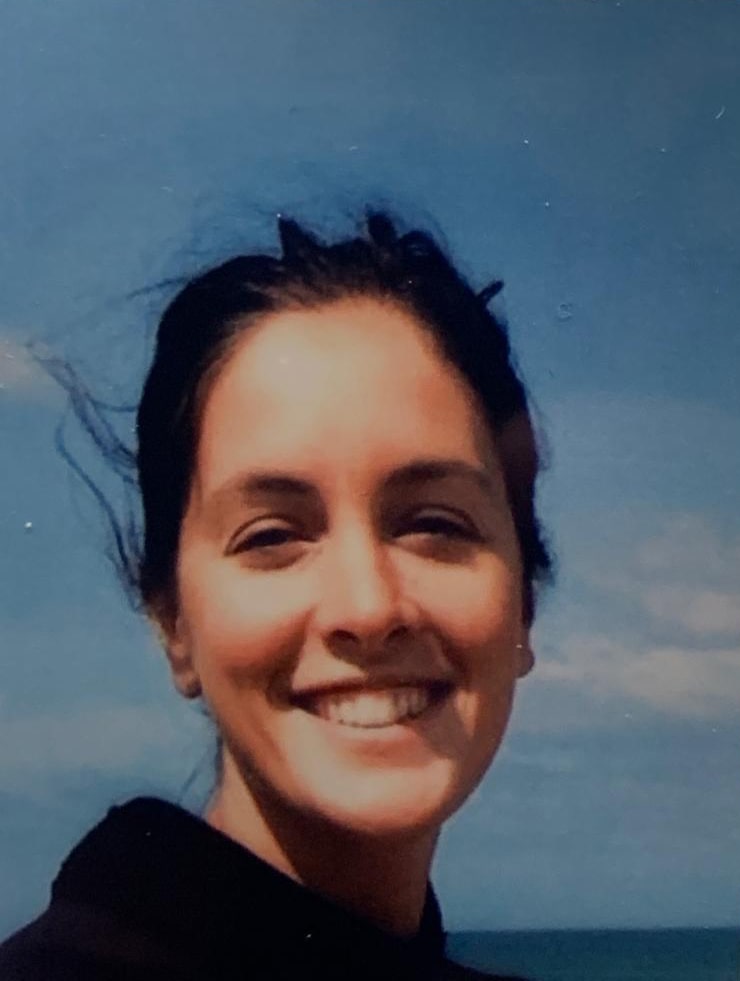 The miracle of Laura Lucchi

This is not an easy piece for me to write. It’s difficult because Laura is my dear niece, who died too early (at 39 years of age), leaving behind two little children, Matilde and Caio, aged 6 and 4, and her husband Conor. But above all it is impossible to write about this premature death, without discovering that what happened is not a plunge into the abyss of nothingness but the fulfilment of a life in the design of the One who called her into being. This death actually turned into the possibility of achieving a true fulfilment of a lifetime objective, a true rebirth and the beginning of that miracle that relatives and friends began to ask in prayers when six years ago doctors diagnosed her with the rare and aggressive sarcoma that marked her body leaving her beautiful face intact. The miracle has we all had imagined perhaps did not come true, but I am sure that some other form of miracle is already taking place in a way that is still mysterious to us and not fully understood.

Laura Lucchi had traveled a lot. In the fourth year of high school she went to Ireland as an exchange student. She returned to Italy to achieve her high school diploma and then returned to Ireland again to graduate in languages in Dublin. She was fluent in four languages (in addition to Italian, English, French and Spanish). In Ireland she began her work and, after marrying her beloved Conor, she left for Australia. Together they gave birth to two wonderful children. How many times she told me that at that time she was following from the beach with apprehension her husband who was surfing the majestic waves of the Australian Ocean. In 2016 the bad news of the disease arrives for her and she began to undergo treatment in Australia, far from her parents who then lived in Bologna. After two years she came back to Rimini to continue her treatment in Italy. At first only her parents were with her then her husband and their children were able to join her during the pandemic. Conor does not disdain the Adriatic Sea in his passion for surfing and the children were able to attend kindergarten here in Rimini. Since then her journey continued with an illness that gradually began to be more and more demanding physically and mentally. Requiring continuous assistance and also strength and faith for her and at the same time also for those who are close to her, her relatives and many friends. Here is where it began (better to say continued) the miracle of which I spoke above.

Laura died on Wednesday the 23rd of November, just before dusk, with a relaxed face and a peaceful expression that surprised even the doctor, who visited her in the morning. The doctor said: “I have never found such serenity in such circumstances”. Even the front wrinkle, characterising an expression of pain, was gone. Laura’s face was beautiful and so serene, she seemed to be sleeping. She was aware of the hard path on the ridge of eternity that she was traveling. Some time ago she had made her mother cry by telling her: “Mom, I am ready!”. However, she was not the surrendering type and certainly not unaware of what was happening to her. She had a sweet and gentle character, but in the past two years she did express open protest and contestation in the face of this ordeal, not only to her parents but also against God himself. After all, who could not consider her health condition an injustice and even her death that snatched her so young from her two children, her husband and friends? However, she had accepted with simplicity and docility the gift of the relics that some friends had given her: a strip of cloth of a sacred vestment worn by St. John Paul II, a part of the cushion lining on which Mother Teresa had slept. At the time of her death, she was wearing a shirt that belonged to Enzo Piccinini, the surgeon of Communion and Liberation who died in May 1999 and for which a cause of beatification is in progress. Laura was also given a blanket that reproduced in little “squares” the faces of the friends with which she connected daily on zoom for a mass dedicated to other people who are terminally ill.

Better than I can put in words myself, the change that occurred in Laura’s life was well explained at the funeral mass that took place in the church of San Giuseppe al Porto. The mass was attended by over a thousand people arranged between the main church and the crypt below and online too. Was celebrated by Eugenio Nembrini, a priest from Bergamo, who worked in Russian for several years and then returned to Italy first as a rector of the Sacred Heart school in Milan and then as responsible for the Community of Communion and Liberation in Rome. With him on the altar there were other eight priests, including the parish priests Don Mario Vannini, Don Giorgio Pesaresi, Don Claudio Parma, Don Cristian Squadrani, Don Roberto Battaglia, Don Ambrogio Pisoni from Milan, Don Carlo Grillini from Bologna and Don Emmanuele Silanos, who is the current rector of the Missionary Fraternity of San Carlo Borromeo.

It was up to Don Eugenio Nembrini to give the homily explaining the reason for his “contentment and gratitude” for being there in front of her husband, two children, parents and many friends, near Laura’s coffin. It was she who asked for him to celebrate the funeral. “How can I not be happy and grateful – said Nembrini – if this friend has fulfilled her destiny; The reason she was born, the reason why she loved a man and got married, why she had children. Laura’s DNA like that of each of us is to seek God. Seek the meaning of one’s life. Everything we do in life, good or bad deeds, is because we are His children. You will say to me: “And what about those who do not believe in God?”. But where is the problem: our every action, even of those who are unaware and just live one day to the next, is waiting, a ask to the Mystery. Waiting for sensemaking, a meaning. And from the beginning of every human adventure on earth, laugh or cry, do good or bad: everything asks and cries out this meaning. And I’m also talking about illness, pain, death itself. I have known Laura only in this last period and I have been able to meet her in person only once, but I saw and felt her in the daily mass that I celebrate, via zoom, for people who are very sick. Of this group, already seventy-two have died. But it is precisely this group of people that makes me see and testifies that life, short or long, is waiting for fulfilment. This is the great gift I received from Laura and from this whole group: all life is a search for the One Who gave it to you at the beginning and Who continues to give it to you every day and Who will ultimately fulfil it. There is a second gift that Laura gave me, who suffered so much that in some moments she couldn’t take it anymore. Her life was very tough, and maybe tougher even for those around her. I saw in her and in others a change, a conscious abandonment to her Lord; the abandonment of recrimination and the arrival of a peace that cannot come only from our efforts”. In truth, our group, Fr Nembrini said bluntly, “is a group were people prepare to die. Sorry I’m not saying anything strange here when I say that everyone of us, sooner or later, will be facing the threshold of death. And we also want to go to Heaven, as Laura said a few days ago to her father. But allow me to add one more thing: Heaven is our destiny but a destiny that we begin to live and see here and now; to taste it in everyday things”.

But it was at the end of the celebration that everyone was moved in the intervention of Giampaolo Lucchi, Laura’s father, who said he had shared with Cristina his wife, the reflection he read and that was simultaneously translated into English for the many friends who arrived from Ireland. Just a few days ago Laura told him: “Daddy I’m dying and I’m afraid! When the Lord comes, I entrust myself.” And Giampaolo: “This is what you did. You have entrusted yourself. I heard you sing the song “You preferred me” the other day with your beautiful voice, I cried and I said to the Lord: “She is ready. Lord, come and get her!” And the other night, in the preparation for the night you told us: “I give you important news: I want to go to Heaven!”. Even if you weren’t like that before, but you were really angry that the terrible evil that would lead to your death had struck so unjustly. The other day at the end of the zoom connection and after a chat with Don Eugenio you told me: “Today Don Eugenio helped me a lot by telling us that we must entrust ourselves to the Lord, I still can’t but I would like for this to become more and more possible for me every day too. I replied to you Laura that you just have to ask. Laura, without the company of many friends, without the company of the priests who met you and accompanied you and who brought you communion every day, you would not have made it. You immediately knew what the final outcome of the disease would be, without pretences or discounts. You fought to live every moment you were given, saying, “When death comes, it must find me alive! So it was, by the grace of God.” Then, addressing first of all his son-in-law (whom he called a “great man”) and all those who followed and accompanied Laura in the final stage of her life, he thanked everyone: many doctors, home health workers and assistants, priests. Concluding: “Laura, see you in Paradise!”

As can be seen, the long-awaited and prayed miracle for Laura, for her family and friends has already begun to happen: in her face serene and ready for the final encounter, in this passage from earth to heaven. Her loved ones wrote in the funeral poster that they will cherish forever the “blessing of her great love”.